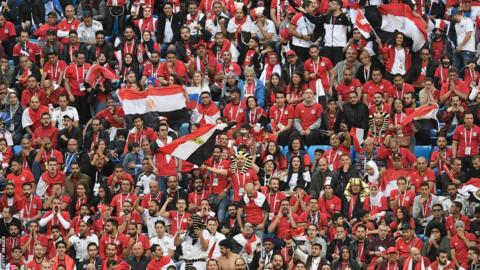 The Egyptian Football Association (EFA) has said that the country won’t launch a bid to host the 2019 Africa Cup of Nations after Cameroon were stripped as hosts of the continental showpiece, AOIFootball.com reports.
The Confederation of African Football is looking for new hosts after its executive committee voted unanimously to strip Cameroon of hosting rights.
After Friday’s shock decision, Morocco, who have already stepped in to hold this year’s African Nations Championship [CHAN] after Kenya were deemed not ready – along with South Africa were revealed as favourites to step in as replacements.
The Pharoahs were said to be the other viable alternative but EFA board member, Ahmed Meghad has effectively ruled out that possibility.
“After an EFA meeting on Tuesday, we decided we will not make a bid for the next AFCON,” EFA board member and spokesman Ahmed Megahed said.
“We will not compete with another Arabic country – this is an official decision,” Megahed told local media outside the EFA headquarters in Cairo.
Seven-time champions Egypt have hosted the tournament on four occasions in 1959, 1974, 1986 and 2006, winning it three times as the host nation.