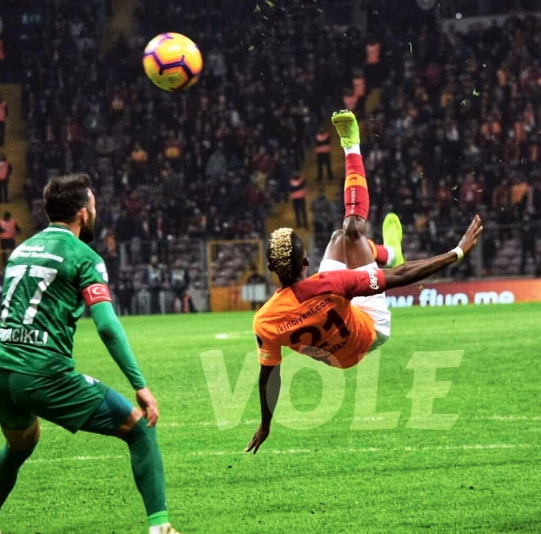 Super Eagles’ forward, Henry Onyekuru has expressed dissatisfaction after seeing his side let a two-goal lead slip away to draw 2-2 at home to Caykur Rizespor, AOIFootball.com reports.
With Galatasaray needing to return to winning ways following their last week’s defeat in the hands of Besiktas, the Nigerian started his 11th league game and was very much involved in the first goal when his miscued shot fell to Garry Rodrigues to open the scoring for Galatasaray.
The hosts then doubled their lead two minutes before the hour mark via the boots of Eren Derdiyok before the visitors replied with two late goals to stun the defending champions.
Former Olympic bronze Medalist Aminu Umar halved the deficit seven minutes after the hour mark by firing home a powerful shot past Muslera before an 80th-minute strike from Brian Samudio ensured the bottom club shared the points.
“Frustrating to get just a point today. We keep going,” Onyekuru posted after the match.
The 21-year-old was on for 77 minutes before being replaced and will now turn attention to Wednesday’s home UEFA Champions League clash against FC Porto, needing to better the result of Lokomotiv Moscow to qualify for the Europa League.

Transfer Ban: Why Omeruo, Aina may return to Chelsea