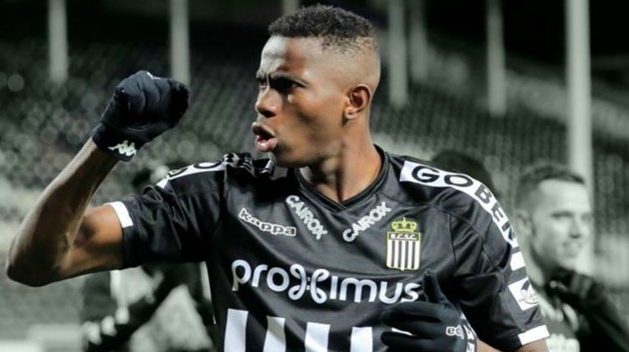 Super Eagles striker Victor Osimhen remains very much determined to see off his current loan deal with Belgian club, Sporting Charleroi despite strong interest from Dutch club Ajax Amsterdam, AOIFootball.com can authoritatively confirm.
A close source to the player revealed to AOIFootball.com exclusively that although there are interests from different top clubs for the player’s signature, he will remain with Charleroi until the end of the season.
“I’m happy there are a lot of interests in Osimhen right now, it shows that the player’s hard work is already yielding positive results on the field of play. He has a contract with Charleroi in Belgium and we want to honour that so for now, he won’t be going anywhere.
“He works very hard to ensure he remains at the top and that his the focus, for now, doing well and scoring the goals for Charleroi. But then we will see what happens in the summer,” the source said.
After failing to nail down a regular shirt in Germany with Wolfsburg, Osimhen joined Sporting Charleroi on loan in the summer and has scored 7 goals in 13 appearances so far, making him one of the club’s most lethal forwards.