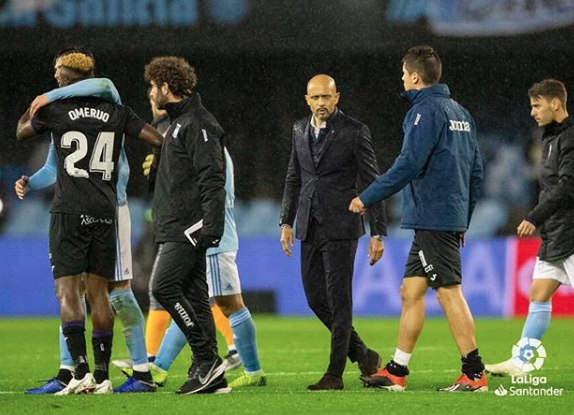 Super Eagles’ and Leganes of Spain center-back, Kenneth Omeruo has praised their solid display on Friday night at Celta Vigo, describing it as a good result from a difficult venue, AOIFootball.com reports.
The Eagles’ defender started his 8th league game featuring for all 90 minutes as Leganes extended their unbeaten run to eight games, a feat which has now seen them stay four points clear of the relegation zone.
“Good to take one point From a difficult game. Eight games unbeaten. The team fought till the end..VAMOS LEGANÉS,” Omeruo posted after the match.
The on-loan Chelsea player has continued to make a name for himself in recent weeks and has remained untouchable in a new look five-man defense for Leganes.
He had a 7.3 match rating which showed how solid he was during the match.

Semi Ajayi named in Championship Team of the Week