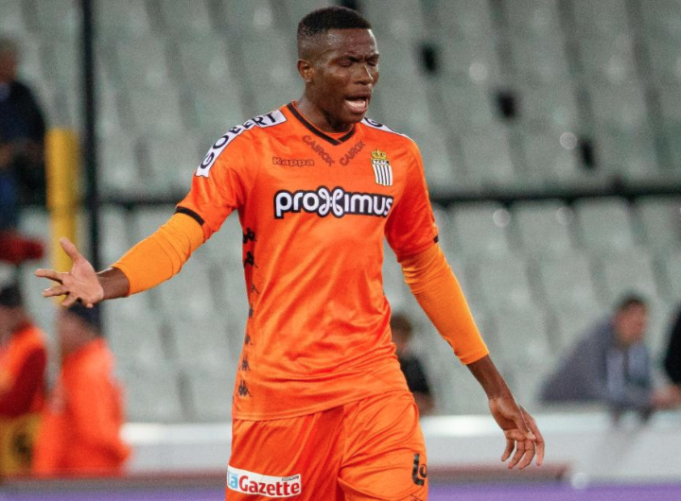 Super Eagles’ forward, Victor Osimhen scored his eighth league goal of the season to help Sporting Charleroi maintain their five-match unbeaten run, defeating KAA Gent 2-0, AOIFootball.com reports.
In a match that had plenty of Nigerian interests with Anderson Esiti starting for the visitors whilst Awoniyi was named among the substitutes, both teams failed to produce any meaningful opening as the first half ended goalless.
The second half started in similar fashion, but when Gent thought they had snatched a valuable point away from home, the former U-17 world cup winner gave Charleroi the lead four minutes from time when he perfectly controlled a long pass from Massimo Bruno before shrugging off his marker to slot beyond the goalkeeper much to the joy in the home fans.
Osimhen was however withdrawn four minutes later with a suspected injury before Massimo Bruno ensured the points were safe when he made it 2-0 deep into added time.
The win lifts Charleroi to 6th on the table with 30 points from 19 games.