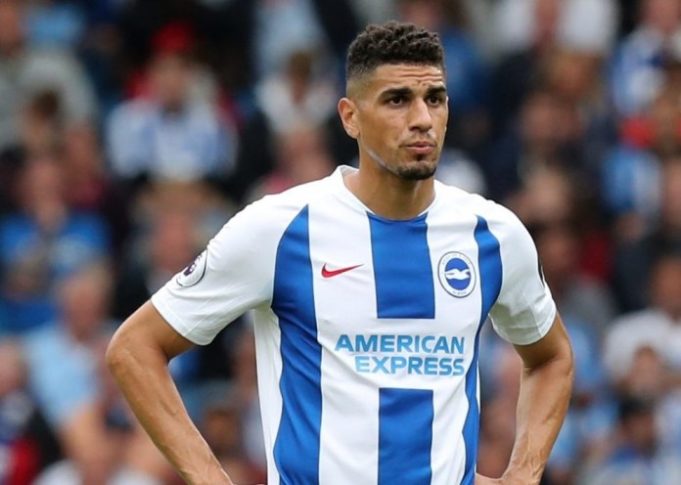 Super Eagles’ defender, Leon Balogun is disappointed Brighton Hove Albion lost 2-1 at home to Chelsea on Sunday, AOIFootball.com reports.
The Nigerian defender started his third league game of the season in a match which saw the boys from Stanford Bridge draw first blood when Pedro tapped into an empty net on the 17th minute after being set up by Eden Hazard.
Three minutes after the half-hour mark, the Blues were two goals up after Balogun’s sloppy pass fell to Eden Hazard and the Belgian went on a  swift solo run before firing past Matthew Ryan much to the frustration of Nigerian who back-tracked in vain.
Solly March then half the deficit for the hosts six minutes after the hour mark to set up a nervy finish but it was Chelsea held on to grab all three points.
“Sad ending to what I think was an overall strong team performance. Very disappointed to leave empty handed today. Absolutely gutted how I contributed to that outcome. Thanks for your support,” Balogun posted after the match.
The former Mainz 05  player still had a decent game rating of 6.1, made 3 clearances, 4 interceptions and completed 85% of his passes.