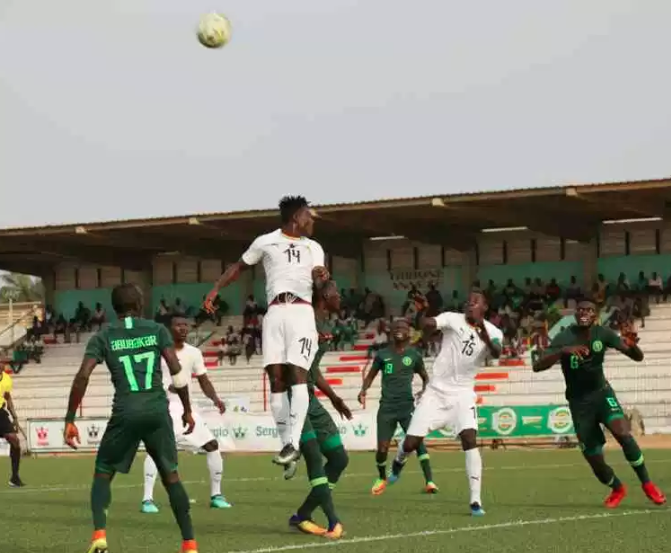 Nigeria’s U20 boys, Flying Eagles, on Sunday emerged with the silver medals from the WAFU U20 Cup Tournament in Lome, Togo after a two-goal defeat by their counterparts from Senegal in the Final match.

It was somewhat, sweet revenge for the Senegalese who, as hosts of the 2015 Africa U20 Cup of Nations, were among the victims as the Flying Eagles bulldozed their way to a seventh continental title.

Defeat is bound to sting the Flying Eagles into harder preparations for the 2019 Africa U20 Cup of Nations, for which they have been paired with hosts Niger Republic, South Africa and Burundi in Group A. The championship, which will produce Africa’s four representatives for the FIFA U20 World Cup in Poland, will take place 2nd – 17thFebruary 2019.

After a scoreless draw with Niger Republic, Paul Aigbogun’s wards thrashed Ghana’s Black Stars 4-2 to reach the semi-finals from a depleted Group B – courtesy of the withdrawal of Benin Republic. In the semifinals, they prevailed over Mali 5-4 on penalties after regulation time ended 1-1.

On Sunday evening, Sagna Amadou got the Junior Lions of Teranga in front two minutes after the re-start, and Youssouph Badji made it two with 20 minutes left on the clock.

Senegal will play Burkina Faso, Mali and Ghana in Group B (all – West Africa affair) at the 2019 Africa U20 Cup of Nations in Niger Republic.

Onyekuru to return for Anderlecht against Club Brugge