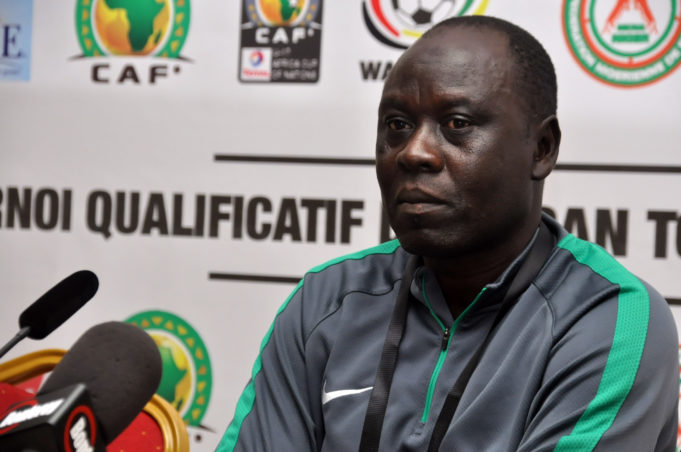 Ahead of next year’s African U-17 Nations Cup in Tanzania, the Golden Eaglets of Nigeria have been drawn in Group A alongside host nation Tanzania, debutants Uganda and Angola, AOIFootball.com reports.
The Manu Garba- led boys, who are making a return to the continental stage after missing out on the last edition, will face former coach Emmanuel Amuneke who is currently with Tanzania as they aim to add to their two trophies won in the past.
Cameroon, champions in 2003, were drawn in Group B alongside top seeds Guinea, Morocco and Senegal.
Incidentally, all the four teams in the group are French-speaking, setting the stage for an exciting round of matches in the race for the two slots for the next round.
The draw, watched by a packed crowd at the Mlimani City Conference Centre, also had in attendance CAF Executive Committee members, Leodegar Tenga and Moses Magogo.
CAF Director of Competitions, Nigeria’s Samson Adamu conducted the daw and was assisted by captain of the Tanzania U-20 team, Michael Moris, and former Taifa Stars player Mohamed Adolf Richard.
The tournament will be held from 14-28 April 2019 with the semifinalists qualifying to represent the continent at the FIFA U-17 World Cup in Peru next year.
Group A – Tanzania, Nigeria, Angola, Uganda
Group B – Guinea, Cameroon, Morocco, Senegal