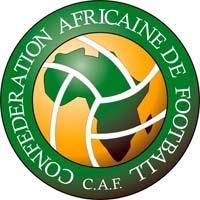 The Comoros national team has asked the Confederation of African Football (CAF) to throw out reigning champions Cameroon out of next year’s tournament following or it would head to the Court of Arbitration for Sports (CAS) to seek redress, AOIFootball.com reports.
The General Manager of the Comoros National team Ben Amir Saadi said that the country will head to CAS should CAF fail to respect article 92 of its regulations and disqualify Cameroon after stripping it of hosting rights.
According to article 92 of the CAF regulations, “If a country having been entrusted with the organisation of the final tournament of the Africa Cup of Nations is desisting or the tournament is being withdrawn from it, it shall be subject, in addition to further disciplinary sanctions, to a fine fixed according to the following scale:
“Withdrawal notified two or more years prior to the Final Tournament: a fine of one hundred thousand (100,000) U.S. dollars.
“92.2. Withdrawal notified less than two years before the date of the Final Tournament: a fine of three hundred thousand (300,000) U.S. dollars.
“92.3. Withdrawal notified within one year before the date of the Final Tournament: a fine of five hundred thousand (500,000) U.S. dollars and a suspension of the next edition of AFCON of it’s A national team, without considering the concerned edition.
“92.4. Withdrawal notified less than six months before the date of the Final Tournament: a fine of one million (1,000,000) U.S. dollars and this country will bear the expenses of all moral and financial damage suffered by CAF and the participants. Its A national team will also be suspended for the next two editions of AFCON, without considering the concerned edition.”
Comoros are currently ranked 3rd in Group B with five points, three behind Cameroon and both countries are billed to clash in the final group game next year in Yaoundé.