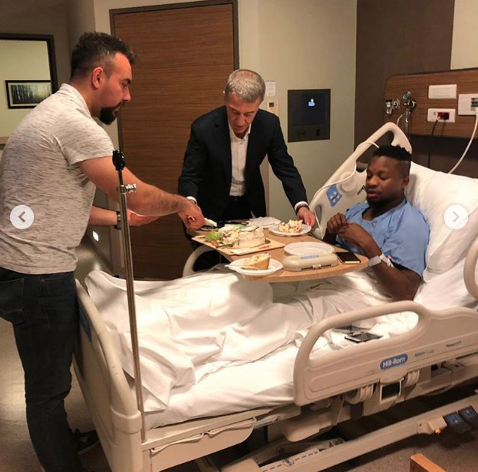 Super Eagles’ and Trabzonspor of Turkey midfielder, Ogenyi Onazi has confirmed he will return to the pitch before the end of the season, dispelling doubts about his availability for next year’s African Cup of Nations, AOIFootball.com reports.

The 26-year-old successfully underwent surgery on his ruptured Achilles tendon on Monday and told AOIFootball.com exclusively afterward that the doctors have told him he will still play before the end of the season.

“I will be back before the end of the season, but no timeframe yet,” Onazi revealed.

Having turned 26 on Christmas Day, the Trabzonspor midfielder admits he his grateful for the successful operation and thanks fans and well-wishers for their prayers as he hopes to return stronger for both club and country.

Onazi’s injury will definitely be a blow for Trabzonspor who are currently second on the log as the midfielder has played a vital role in the team’s amazing run this season.