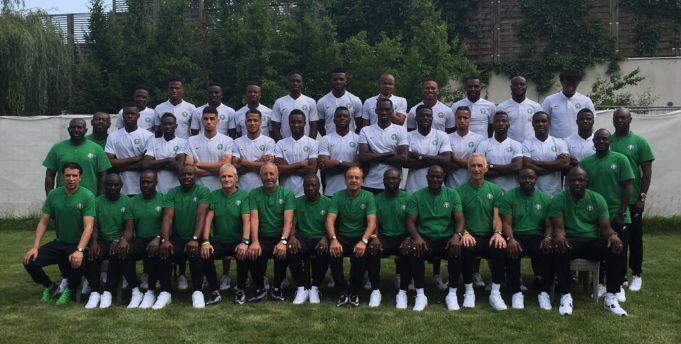 The Nigeria Football Federation (NFF) has revealed that the federation got funds for the 2018 World Cup few days after the team’s loss to Croatia in Kaliningrad and it was just half of the approved budget, AOIFootball.com reports.
totorinews.com, an on online sister medium of AOIFootball.com, which spoke to a member of the federation on condition of anonymity, revealed that the NFF got approval of N3 billion to prosecute the football activities of the Super Eagles, but it only got half of the money from the Ministry of Youths and Sports after Nigeria lost her first game in Russia to Croatia.
He said further that there was no time that the NFF informed the general public that the Federation never got any money from the government through the ministry of Youths and Sports.
He said the federation lamented the delay in the World Cup funds getting to the football house and had to resort to other avenues to get fund for the team in order not to jeopardize the morale of the players and the aspirations of Nigerians.
“The NFF never said it did not receive money for the World Cup. The Ministry of Youth and Sports gave NFF half of the money approved and released by the government for the World Cup,” the reliable source said.
“The balance of the other half is what the NFF has been asking for since to prosecute other programs which is yet to be released till date.
“NFF have also retired the World Cup fund through the appropriate channels in the government, of which the leadership of the Ministry of Youth and Sports is in the knowledge of it and the money was judiciously spent,” the source concluded.
This clarification comes on the backdrop of the claim by the Sports Minister, Barr Solomon Dalung, that the NFF is yet to return the money it received for the World Cup as the Eagles did not reach the quarterfinals as stipulated by the clause for its release.

We’re not bothered about poor state of Seychelles’ pitch- Eagles