Super Eagles’ forward, Alex Iwobi began 2019 on a high, grabbing an assist for Arsenal as they returned to winning ways in emphatic style with a 4-1 victory over Fulham on New Year’s Day, AOIFootball.com reports.
Looking to bounce back from a 5-1 drubbing at Liverpool last Saturday, Arsenal punished Fulham for two missed Ryan Sessegnon chances when Granit Xhaka broke the deadlock on the 25th minute after controlling a cross from Iwobi to slot past Sergio Rico.
Alexandre Lacazette then scored Arsenal’s second after the break following a fine team move and Iwobi also largely involved before substitute Aboubakar Kamara gave the visitors hope nine minutes after the hour mark.
Aaron Ramsey then restored the two-goal advantage before Pierre-Emerick Aubameyang added a somewhat flattering fourth to seal all three points for the Gunners.
Despite not finding the back of the net, Iwobi was adjudged the Man of the Match with a game rating of 8.1, with Sky Sports praising the Nigerian afterwards for being a constant menace to the Fulham defence.
“No goals for Iwobi, but he was a constant menace along with Kolasinac down the left, which is where Arsenal found most of their openings against Fulham.
“The Nigeria international assisted the first for Xhaka and was key in the build-up to Arsenal’s second. He does not always receive the plaudits with Aubameyang and Lacazette for company up front, but Iwobi deserves recognition for his telling New Year’s Day contribution,” Sky Sports said. 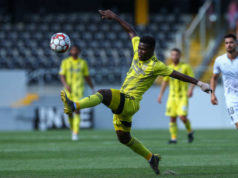 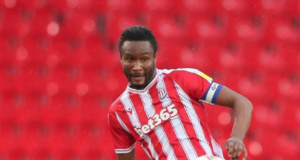