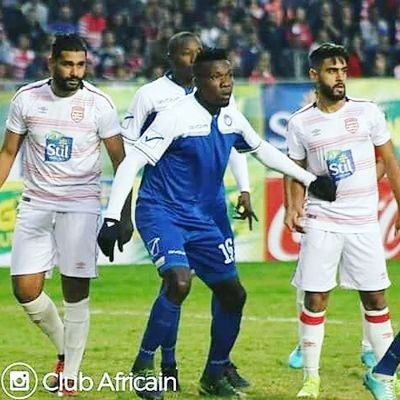 Former Akwa United defender, Emmanuel Ariwachukwu has revealed that he his happy with the way his new side Al-Hilal have begun the season following their impressive 4-0 win over Al-Shotra last Sunday, AOIFootball.com reports.
The 25-year-old joined the club last October and has helped them remain unbeaten after four league games as Al-Hilal are also yet to concede a goal in the league making them joint top in Group B of the league table with 10 points.
The defender, however, revealed that he his happy with the club’s form and hopes they can sustain it and get another league title.
“Yes, I’m happy to have been part of the good start with my new club here in Sudan. It’s a new terrain for me and I’m happy I’m adjusting to it very well. The only painful part was our loss in the CAF Champions League qualifiers but hopefully, we will make amends in the Confederations Cup.
“We are playing a team from Rwanda, Mukrama Victory and our goal is to reach the group stages so we will approach it just like all our league games so far,” Ariwachukwu concluded.
Al-Hilal will travel to Hay Al Arab on matchday 5 of the league, hoping to maintain their perfect start to the season.

I’m ready to be Eagles No.1 goalie, says Okoye