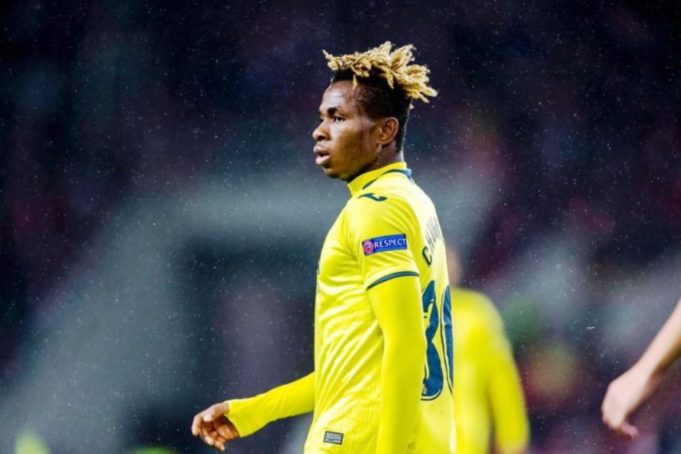 *Cautions player not to get carried away just yet
Former Super Eagles’ star and current head coach of the Tanzania national team, Emmanuel Amuneke believes new Eagles’ and Villarreal star, Samuel Chukwueze has the potential to become one of the best players in the world, AOIFootball.com reports.
Having worked with the left-footed forward during his time with the Golden Eaglets, Amuneke told AOIFootball.com in an exclusive interview that he was not surprised at the rise of the youngster as he always believed that the player was heading for greatness.
“From the first time I saw him I knew he was going to be a great player. I’m happy I was part of his foundation to success. My advice to him is to remain calm and not be carried away.
“We have seen a lot of good players emanate but due to bad company and influence, they fail to live up to expectations. But for Chukwueze, if he continues like this he can be one of the best players in the world,” Amuneke concluded.
The 19-year-old is already attracting interests from several top Premier League clubs. His current deal at Villarreal expires in the summer of 2019.

AFCON U-23: Azubuike Okechukwu out of Ivory Coast opener