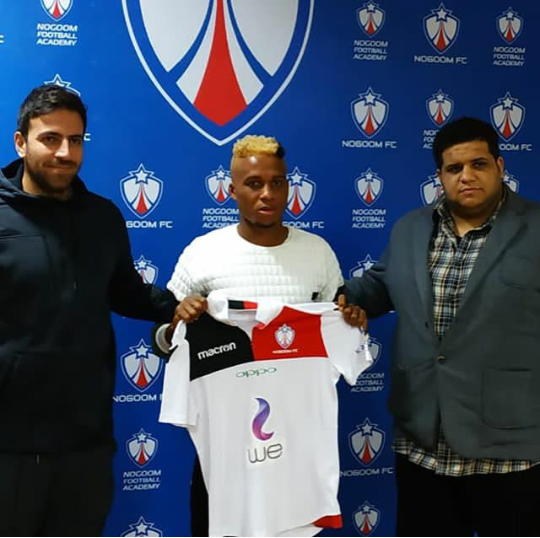 Days after completing his transfer to Egyptian premier league side, Nogoom FC from Plateau United, Tosin Omoyele has described the move as a launching pad for his career abroad, AOIFootball.com reports.
The attacker spoke exclusively to AOIFootball.com from his new base on Tuesday after holding his first training session with the rest of the squad, whilst praising them for their warm reception towards him.
“It is not a bad move because it is a stepping stone to move ahead in my career. Yes, there is an option to buy but I just want to concentrate on the present and make sure I make my mark with the team.
“I had my first training session with them today (Tuesday) and it was good as they all welcomed me very well and made me feel comfortable among them. Overall, it was a good first training session for me,” Tosin revealed.
The forward however refuted media claims that the uncertainty surrounding the league ensured he hastened his decision, positing that the offer came in and it was a good one for him. He also thanked his fans for the support and prayers all through the year with Plateau United.
“I don’t think so. The offer came and it was a good one to start in a different terrain so I went for it. I just want to train hard with the team and try to score as many goals as I can when given the opportunity to play,” Tosin concluded.
Tosin will team up with another Nigerian Michael Azekhumen as they hope to improve the fortunes of Nogoom FC who are currently 14th on the log after eighteen matches and only four wins all season.