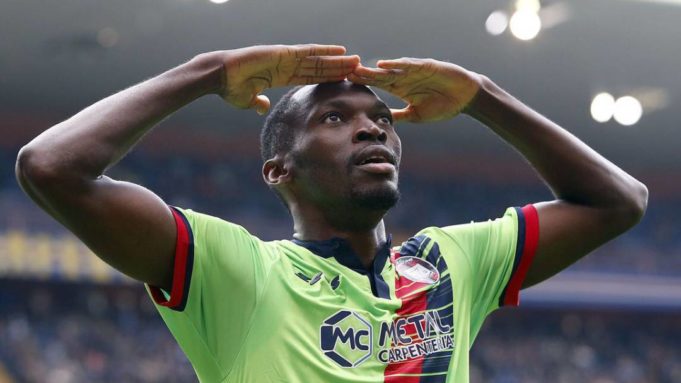 Chinedu Amadi, Agent of Super Eagles’ and Crotone of Italy forward, Simy Nwankwo, has come out to debunk news linking him with a move to Belgian side, Lokeren, AOIFootball.com reports.
Amadi told AOIFootball.com exclusively that the reports were false, whilst urging the public not to be misled by it.
“I don’t know where the news of a move to Lokeren his coming from. Simy remains a player of Crotone for now and nothing has been decided yet on his next move.
“The news about Lokeren is not true, I represent the player and should be in the right place to say if he has moved or not,” Amadi reiterated.
Simy, 26, has scored four goals so far for Crotone in the Serie B but could favour a move away from the club to enable him to stand a chance of forcing his way into the Super Eagles’ squad ahead of the AFCON in June.