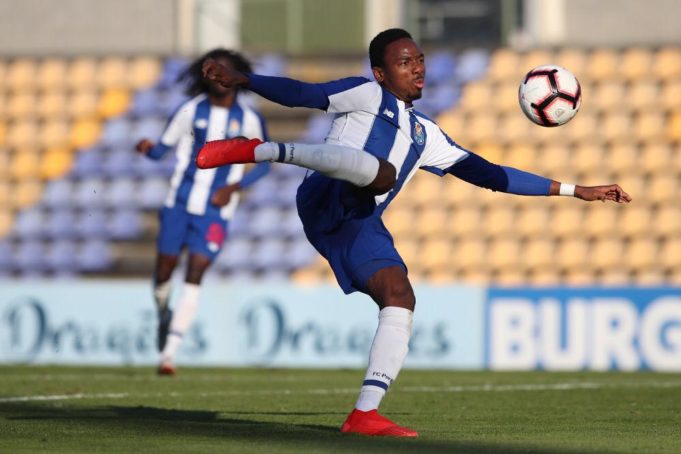 It was a good outing for Nigerian players in the Portuguese Second Division with the duo of Kelechi Nwakali and Musa Yahaya helping FC Porto B claim a hard-fought 1-0 win way at Braga B, whilst in another game, Fatai Sodiq also came off the bench to help Pacos de Fereira win at home, AOIFootball.com reports.
At the Estadio 1 de Maio in Braga, the duo of Kelechi Nwakali and Musa Yahaya started for FC Porto B as they maintained their six-match unbeaten run in their 1-0 victory away at SC Braga B.
Nwakali started on the right-hand side if the midfielder whilst Yahaya was surprisingly deployed to the defence with the player proving his versatility to the team.
With the first half almost ending in a draw, forward Joao Mario Neto Lopes was the hero as he netted a stoppage-time goal to hand Porto the lead with the goal turning to be the winner for the visitors after 90 minutes.
The win now lift’s Porto B to 10 on the table with 21 points from 16 games.
Meanwhile, at the Estadio Capital do Movel in Fereira, the duo of Junior Pius and Sodiq Fatai where named on the bench for Pacos de Fereira as they hosted Leixoes SC.
After a goalless first 45 minutes, Sodiq was introduced with fifteen minutes of regulation time left for Uliton with the substitution proving a masterstroke as the host got the much-needed goal four minutes later via the boots of Douglas Tangue.
The win lifts the home side to the summit of the league with 37 points from 16 matches as they continue their quest for promotion to the Premiere Liga.