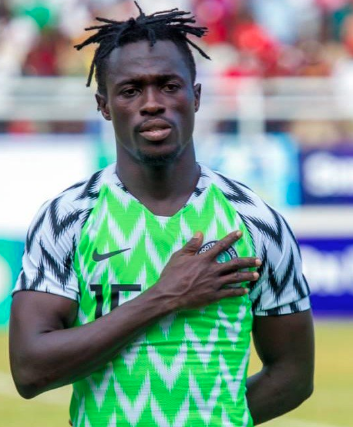 Super Eagles’ striker, Junior Lokosa has completed his transfer to African champions Esperance de Tunis after joining from NPFL side Kano Pillars on a two and half years deal, AOIFootball.com reports.
The 25-year-old was a revelation last season as he scored an amazing haul of 19 goals in just 21 league appearances and also helped Kano Pillars reach the Aiteo Cup final where they lost to Enugu Rangers.
The former First Bank of Lagos player will now join the rest of his new teammates in Tunisia and could be presented to the fans when Esperance take on U.S Ben Guerdane in the league on Tuesday.
The attacker narrowly missed out on Nigeria’s party to the World Cup in Russia after initially making the 30-man provisional list but made his Super Eagles debut against DR Congo in May last year.
Having drawn their opening match in the Champions League away at Horoya, the Tunisian side will hope the acquisition of the Nigerian would change their fortunes ahead of their first home game against Platinum this weekend.