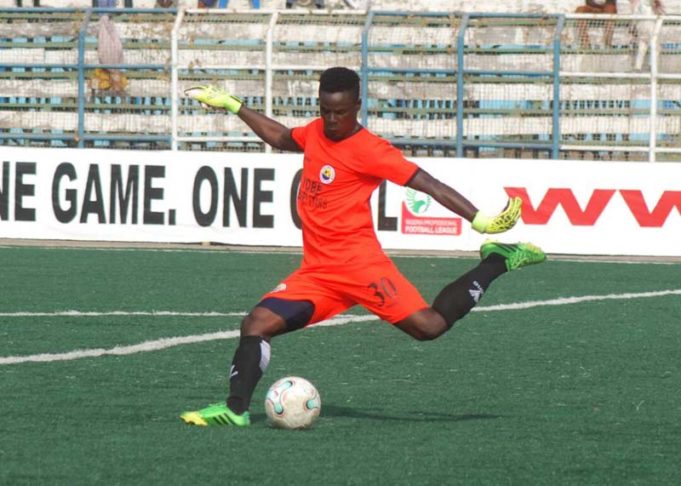 After his opening day heroics against Akwa United in Uyo, El-Kanemi of Maiduguri shot stopper Itodo Akor has made a target of 13 clean sheets in the Nigeria Professional Football League this season, AOIFootball.com reports.
The 29-year-old joined the Maiduguri Army from Yobe Desert Stars during the transfer window and immediately showed his worth as he kept out the likes of Mfon Udoh and Effiong Ndifreke from breaching his net.
The former Enugu Rangers goalkeeper however told AOIFootball.com afterwards that he was excited with his performance and hopes to do more for his new employers.
“It was a good game for all of us. We fought till the very end and got lucky with the goal, but personally I think we deserve the win.
“We still have a lot of games to play this season. I’ve set a target for myself to be among the best goalkeepers this season. I have one clean sheet already and I’m targeting 13 before the end of the season,” Itodo said.
El-Kanemi Warriors will next host fellow table toppers Kano Pillars on Wednesday in what promises to be another explosive clash at the El-Kanemi Sports Complex in Maiduguri.