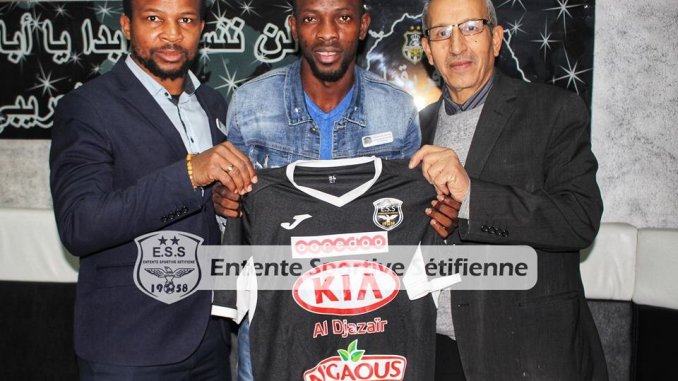 Super Eagles’ midfielder, Ifeanyi Ifeanyi is the latest Nigerian league player to make a move abroad after the Akwa United talisman joined Algerian giants ES Setif on a three-year deal, AOIFootball.com reports.
The 23-year-old featured for the CHAN Eagles at the 2018 African Nations Cup 3 where they finished second but remained in the NPFL to play on the continent with Akwa United.
He now joins Junior Lokosa in North Africa after he completed an earlier move to Tunisia. Both players featured for the Super Eagles under Coach Gernot Rohr in 2018.
The former MFM midfielder was officially presented as a Setif player on Monday and could be in the stands for his new team when they play A Bou Saada in the Algerian Cup Round of 32 clashes.
Setif is currently 4th on the Algerian league table with 24 points from 16 games, nine points behind leaders USM Alger who have also played the same number of matches.

No decision on my future yet, says Amapakabo