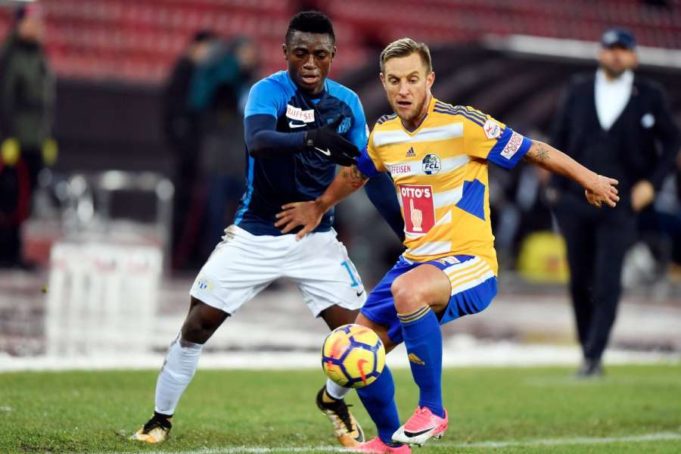 Nigerian forward, Stephen Odey marked his birthday with a goal for FC Zürich in their 2-1 to Dynamo Dresden, AOIFootball.com reports.
The former MFM player turned 21 on Tuesday and marked the celebration by opening the scoring for his side after just 7 minutes into the match.
However, a second-half rally saw Dynamo equalize through Moussa None on 51 minutes before Philip Heise completed the comeback when he scored from the penalty spot on the 78th minute to ensure victory for the German side.
The goal will come as a morale booster for Odey who netted 13 goals across all competitions in the first half of the season for Zürich as they continued preparations ahead of the second stanza which begins next month.