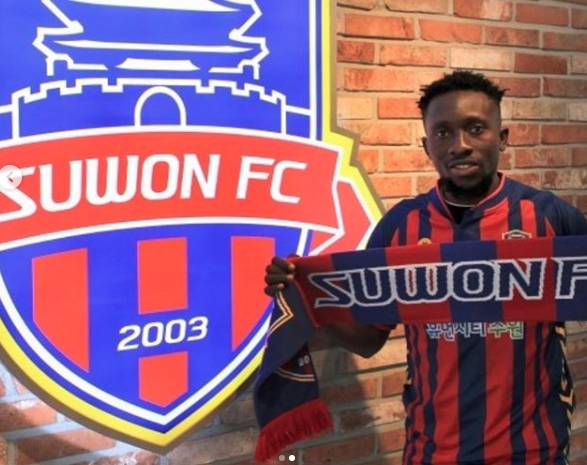 Nigeria forward, Chisom Egbuchulam has completed a move to South Korean Division 2 side, Suwon FC ahead of the new season, AOIFootball.com reports.

The former Enugu Rangers player became a free agent after the expiration of his contract with Swedish division two side Falkenbergs whom he helped gain promotion to the elite division last season.

The 25-year-old scored 14 league goals for Falkenbergs last year and was arguably one of the country’s deadliest forwards alongside Nigeria’s Odion Ighalo.

The player posted a picture of himself after completing a medical with the caption: “New Challenge, Suwon FC. Thank You, Jesus.”

His immediate task in Korea will be to help the club gain promotion to the Korean Elite Division after they finished seventh last season with 42 points from 23 matches.