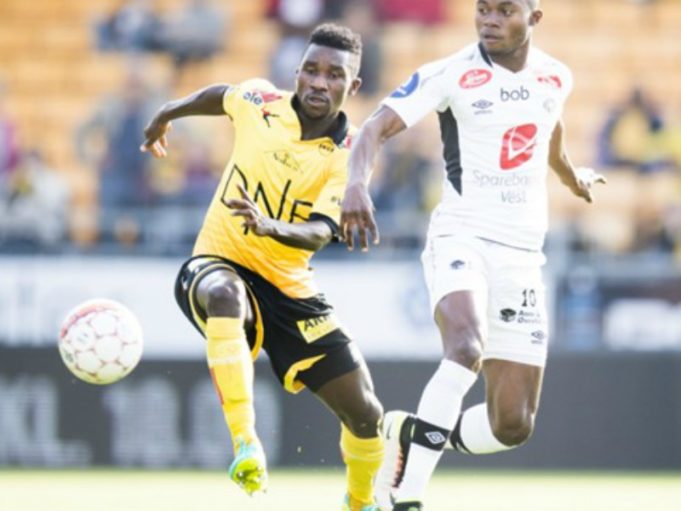 Nigerian midfielder, Ifeanyi Matthew will almost certainly quit Norway in the coming days as reports indicate that the player is already a target of top clubs in Belgium and Turkey, AOIFootball.com reports.
The 21-year-old has not hidden his desire to play football outside Norway haven revealed last year that he was already thinking of life outside the country.
The former Kano Pillars midfielder, who is currently in Norway keeping shape ahead of his next move, confirmed to AOIFootball.com exclusively that though the offers keep coming, he will decide on his future by the end of the week.
“Things are good for now but hopefully before the end of the week, a new adventure will begin for me outside this county.
“For now all I can say is maybe Belgium or Turkey but I don’t want to mention names because my agent is already working on it. Hopefully, it will be sorted out by the weekend,” he concluded.
Having joined Lillestrom in the summer of 2016, the former CHAN Eagles star remains ambitious to pursue his career in mainstream European football and could favour a move to the Belgian league to enable him to establish himself and force his way back into the national team.