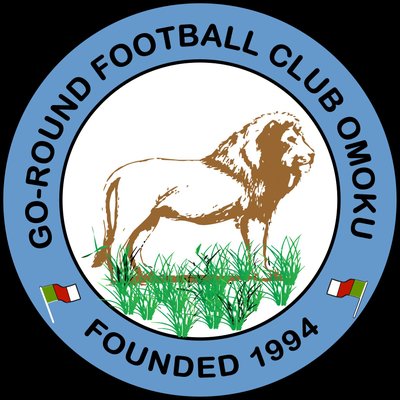 In the Nigeria Professional Football League (NPFL) matches on Wednesday,  Go Round FC condemned Abia Warriors to their second defeat of the season, AOIFootball.com reports.
It was a winning return for Henry Makinwa and his boys after their narrow 1-0 defeat to Nasarawa United on Match Day one as Abia Warriors suffered a shock 2-1 loss at home to fellow Eastern brother Go Round.
Sadiq Ololade put the boys from Omoku in front seven minutes after the interval to hand them a surprise 1-0 lead at half time before Emeka equalized for the home side in the second half from the penalty spot.
The winning goal did, however, come deep into added time when Emmanuel Ugwu scored to hand Go Round their first win of the season in just their first outing, with the result condemning Abia Warriors to the foot of the table.
In Owerri, it was a rather bad 48 hours for former champions Plateau United who suffered an embarrassing defeat to Heartland just 24 hours after the club was being fined by the league body for gross misconduct.
After a goalless first half, Yarhere put the hosts ahead on the hour mark before a late brace from Chinonso Okonkwo on the 79th and 87th minutes ensured Plateau United remain without a win in two matches.
Meanwhile, at the Mamman Katangora Stadium in Minna, Rivers United held their own as they forced a goalless draw away to Niger Tornadoes.
After a goalless first half, Asamoah-Frimpong put the hosts ahead six minutes after the hour mark before Martins equalized for the visitors three minutes later as both teams shared the spoils.
Other Results in the league saw MFM return to winning ways at the Agege Stadium as they defeated Kwara United 2-0 with goals from Segun Alebiousu (own goal) and Kabiru Adeniji ensured the Olukoya Boys won after Sunday’s opening day loss.
The final game of the day saw FC Ifeanyi Ubah maintain their unbeaten run as they defeated Nasarawa United 1-0 in Nnewi with Chijioke Alaekwe scoring the game’s lone goal in additional time to earn them their first win of the season.

Galatasaray will be more prepared for Europa League, says Onyekuru