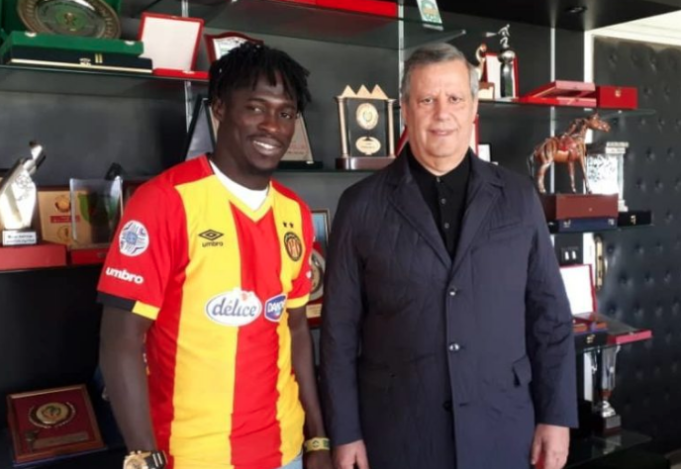 Super Eagles’ and new Esperance of Tunisia striker, Junior Lokosa has vowed to keep up the good name of Nigerian players who have represented the Tunisian giants in the past, whilst promising to replicate his goals scoring form with the club, AOIFootball.com reports.
The former First Bank of Lagos player told AOIFootball.com in an exclusive interview, that he knows how well Nigerian players have excelled in the club and won’t be an exception.
“I feel very happy to have made this move; playing with the current African champions makes it even more special and demanding for me.
“I will do my best just like every Nigerian player that has played here and hopefully I can also do better than I did with Kano Pillars last season in the NPFL,” Lokosa enthused.
Having already had his first training session with the squad, the 2018 NPFL highest goals scorer will be eyeing a debut when they host Zimbabwean side FC Platinum on matchday 2 of the CAF Champions League in Tunis.

2019 AFCON Qualifier: Rohr heads to France ahead of Eagles’ arrival