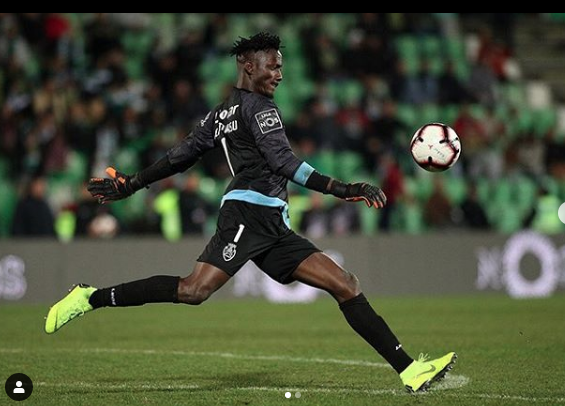 Former U-17 World Cup winning goalkeeper, Dele Alampasu on Sunday night became the first Nigerian in this century to man the post in the Portuguese top division when he started his first game for Feirense in their goalless draw away at Rio Ave, AOIFootball.com reports.
The 22-year-old shot stopper had to wait for four years at the Portuguese club to finally make his senior bow with the team despite constantly featuring for the U-23 side.
Alampasu did, however, make a good case for himself after showing plenty of composure in goal and had to be mentally alert to deny the home team on the 89 minutes, when he produced a brilliant save to ensure his side returned home with a valuable point.
He later received the highest rating among his teammates with 7.5 and also made two key saves and three clearances in the match.
The performance will most definitely come as a morale booster for the former junior international who has consistently maintained his steady rise at the Portuguese club.