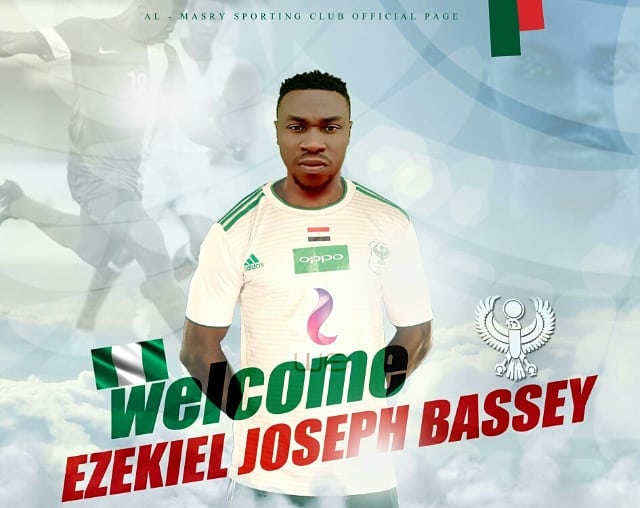 Nigerian international, Ezekiel Bassey has expressed his delight after joining Egyptian Premier League side Al Masry on a three and half year contract, AOIFootball.com reports.
The 22-year-old former Barcelona B star completed the switch on Monday and has revealed he is already looking forward to getting down with the rest of the squad
“Personally, I’m happy with the transfer. I feel great to have joined one of the biggest clubs in Egypt. It’s a good move for me and I can’t wait to get started,” Bassey told AOIFootball.com shortly after his unveiling.
The former Enyimba of Aba player will have to immediately get his scoring boots on to help the club improve their league standing with Al Masry currently 14th on the log with 19 points from 17 matches played so far.
He becomes the fourth NPFL star to make the move to North Africa this month, following the departures of Junior Lokosa to Esperance, Ifeanyi Ifeanyi to Setif in Algeria and Tosin Omoyele who also made the move to Egypt to pitch tent with Nogoom FC.

CAFCC:  Enyimba cruise to group stages on away goal