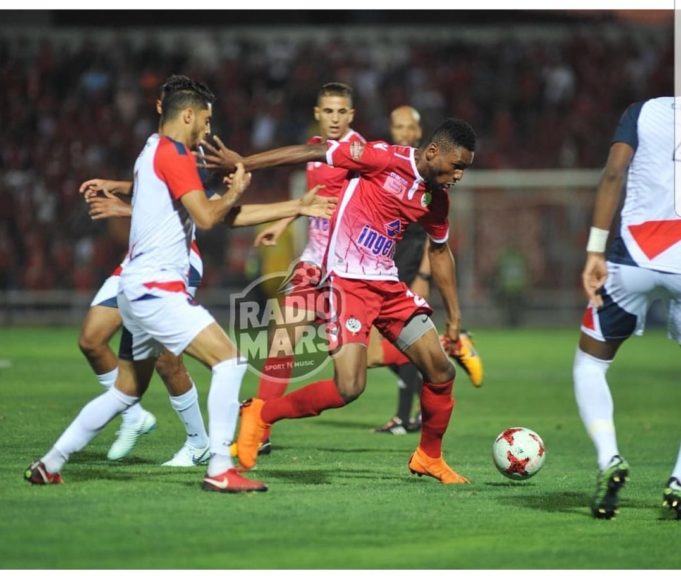 Wydad Athletic fans have called for the inclusion of Nigerian forward, Gabriel Okechukwu into their starting eleven after the player returned to the club following a botched move to Oued Zem, AOIFootball.com reports.
Having struggled to break into the team since the arrival of Head Coach Fauzi Benzarti, Okechukwu was initially loaned out for the remainder of the season to another Moroccan club, before Wydad pulled the plug on the deal.
However, after their unconvincing outing in the CAF Champions League against Sundowns, the fans have now urged the club president to weigh into the matter for the Nigerian to return.
They went on social media to tell the club president to call on Coach Benzarti to give the Nigerian a chance in the starting XI, positing that player has what it takes to deliver for the club both in the domestic front and in the champions league.
Okechukwu joined Wydad Athletic in August 2018 from Akwa United after impressing with the CHAN Eagles team in Morocco in January of the same year.