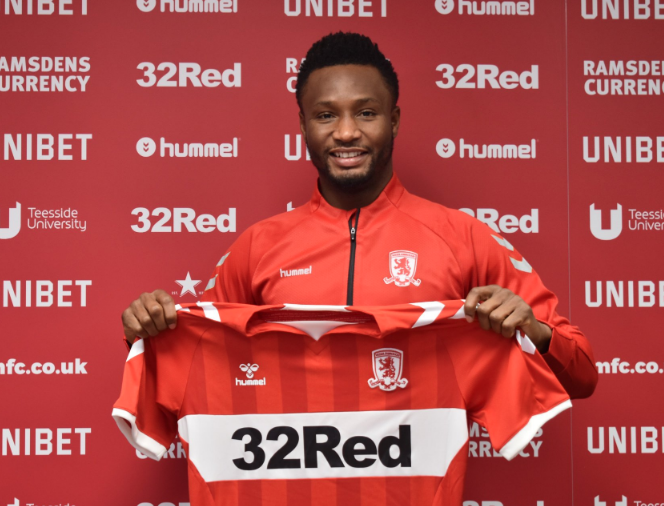 After completing his transfer to English Championship side Middlesbrough on a short term contract, fans of the Riverside club should expect plenty of exciting moments ahead from Mikel Obi, who is bringing plenty of experience to the club AOIFootball.com reports.
Mikel’s arrival will further boost Middlesbrough as they hope to reach the Premier League. Stats backing the Nigerian will immediately become an instant hit for the Tony Pulis-led lads.
According to whoscored.com, of the 68 players to attempt 25+ dribbles, Mikel had a better success rate (90%) than any other player in the Chinese Super League last season.
In fact, the Nigerian has more dribble successful rate than the Boro duo of Muhammed Besic and Martin Braithwaite, whilst he has also completed more passes than the duo of Besic and Adam Clayton; his arrival is also an addition to attacking firepower of the club.
The former Chelsea player will also bring stability to Middlesbrough midfield as the Eagles’ captain has won more tackles (1.8) than the duo of Adam Clayton and Ryan Shotton who both average 1.5 tackles per game.
Similarly, Mikel’s specialty in dropping through balls and ball concentration will make him the perfect man to lead the Riverside team back to the Premier League.
Middlesbrough is currently fifth in the Championship table with 47 points, seven points behind leaders Leeds.