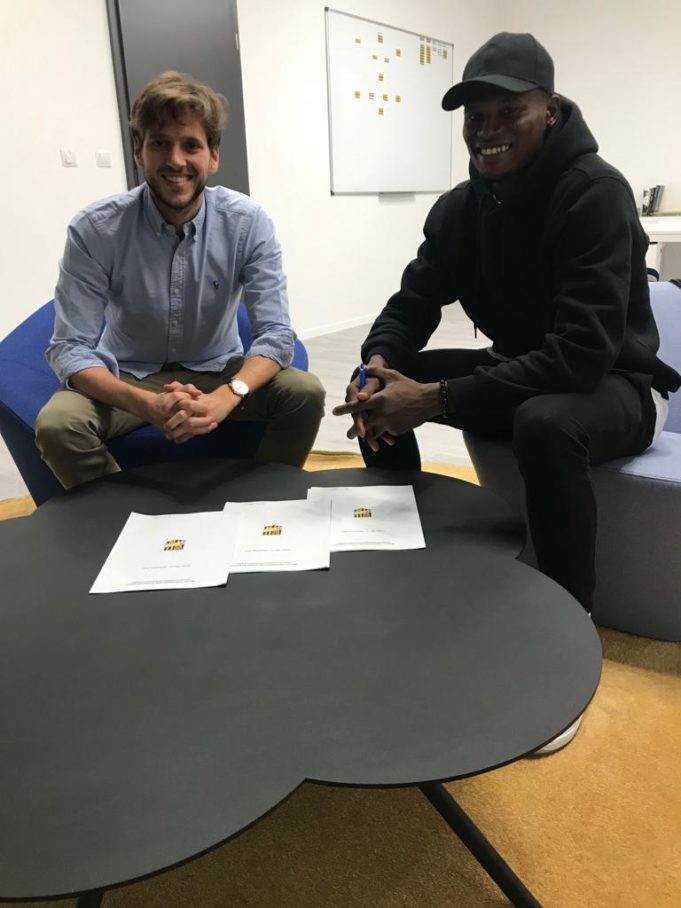 Former striker of Abees Academy of Abuja and  Nigeria U-23 national team, Abdulrahman Taiwo has signed a three-year deal with Slovakian side, DAC 1904 Dunajska So, AOIFootball.com reports.
Taiwo, who joined the club from another Slovakian side FC Nitra, shone like a million stars in his six-month loan stint with the side where he won player of the month for a record four times and also named player of the year 2018.
He will be linking up with his new teammates in Turkey where they are currently camping in preparation for the second phase of the league that will resume in February.
The 20 year old former junior international was selected for the Nigeria U-23s’ provisional squad ahead of the 2016 Summer Olympics in Brazil but was later dropped from Samson Siasia’s final selection in the USA.
He, however, represented Nigeria at the 2016 Suwon Invitational Tournament prior to the Olympics in Brazil.