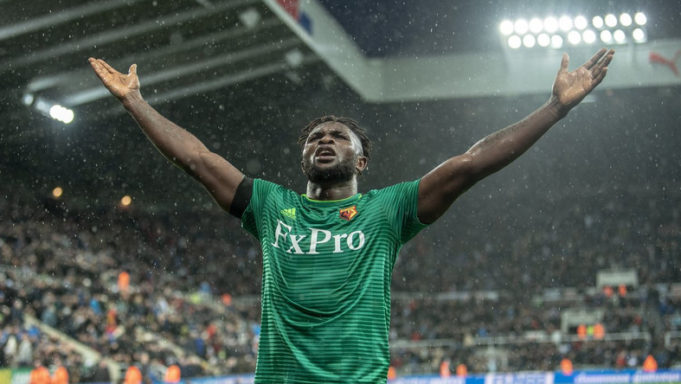 Super Eagles’ forward, Isaac Success scored his first goal of the year to help Watford reach the FA Cup fifth round as they defeated Newcastle United 2-0 at the St James Park, AOIFootball.com reports.
The 23-year-old started his second consecutive cup game but failed to find the net in the first 45 minutes as both teams went into the break level.
Andre Grey then broke the deadlock for the visitors just after the hour mark after finishing off from a Will Hughes assist to hand the visitors a 1-0 lead.
Success then ensured the result was in the bag when he fired home from six yards just on the dot of 90 minutes after a lovely squared ball from Domingos Quina as Watford advance at the expense of their hosts.
The Nigerian had a game rating of 7.5 and has now scored four goals in all competitions for the Hornets this season.

Moses thrilled to win NFF Player of the Year Award