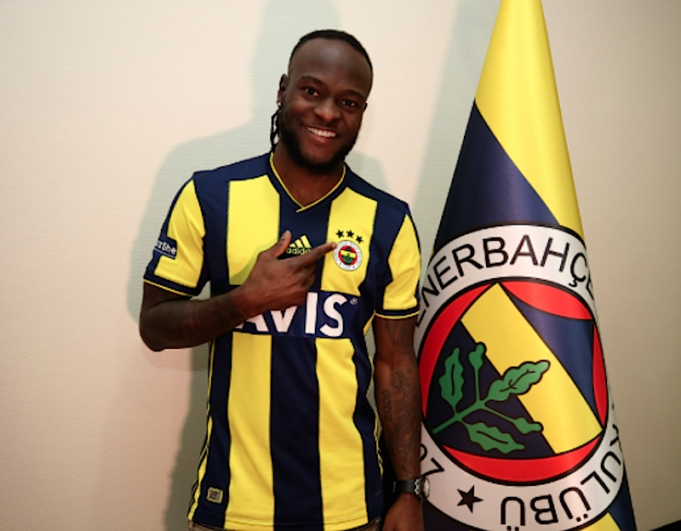 Former Super Eagles’ forward, Victor Moses has officially joined Turkish giants Fenerbahce on loan until the end of the 2019/20 season, AOIFootball.com reports.
Moses, who joined the Blues from Wigan Athletic in 2012, was a key member of the Chelsea team which lifted the Premier League title in 2017 and FA Cup in 2018, operating primarily as a right wing-back in a 3-4-3 formation.
But a change of shape under new manager Maurizio Sarri, has seen opportunities more limited for the former Nigeria international, with Moses making just six appearances for the Blues in all competitions since late October.
Moses, 28, now heads to Turkey for the fourth loan spell of his Chelsea career and will be hoping to boost 15th-placed Fenerbahce’s league position as they aim to avoid relegation from the Turkish top flight.
He officially becomes the third Nigerian to head to Turkey this winter, following in the footsteps of Chidozie Awaziem and Azubuike Okechukwu who both joined Caykur Rizespor on loan from Porto and Pyramid, respectively.