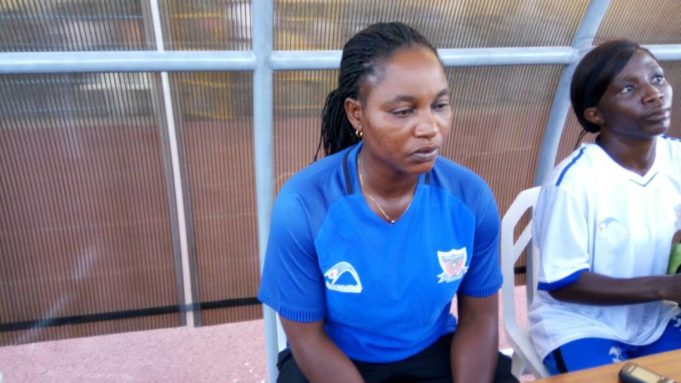 Head Coach of Sunshine Queens, Wemimo Matthew and that of Rivers Angels, Edwin Okon, have set new targets of taking home the third place title in Akure and Port Harcourt, respectively, AOIFootball.com reports.
Sunshine Queens Manager, Matthew, urged her players not to relent in their efforts to defeat the very mobile Rivers Angels’ team in Sunday’s third-place match, so as to finish third best in the women’s elite league.
“We’ve got to do better in front of goal in our next game against Rivers Angels. I just want my players to relax and am sure everything will come to place,” Mathew said
Matthew, however, felt her team dominated with more possession in the opening match but the result didn’t reflect what really happened in the game against Bayelsa.
Speaking to the NWFL Media, the former Super Falcons player thought the game should have been won by her side.
“We played a difficult game on Friday and I felt we should have won the game. We had more possession and needed to be more composed in front of goal against Bayelsa. We can not be complacent in front of goal if we must win the third-place title.
“If we had converted a goal or two against Bayelsa, it would have inspired us” she said.