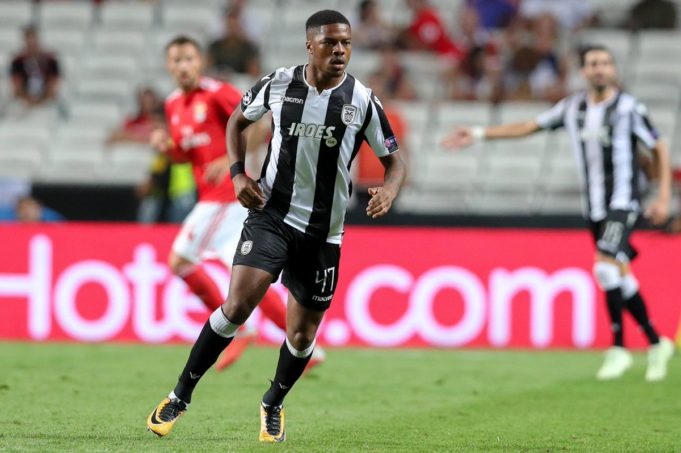 The former Arsenal man started just his third game of the season since arriving in the summer to lay more claims to a starting berth.

Leo Matos opened the scoring for the hosts 24 minutes into the match before Akpom doubled PAOK’s lead ten minutes before the break.

The Nigerian then set up Leo Jaba to make it 3-0 five minutes after the hour mark, before grabbing his second of the day and his side’s fourth, lashing on to through ball from Leo Jaba to fire past the goalkeeper.

With the goal, Akpom has now scored four league goals this season whilst the victory further consolidates POAK’s hold at the summit of the table with 47 points from a possible 49.