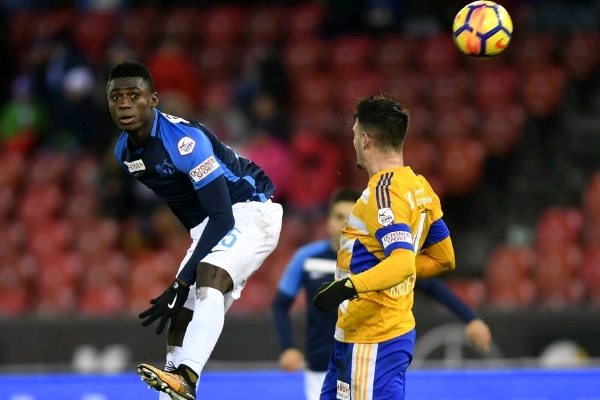 Nigerian international, Stephen Odey continued his impressive start to the year, scoring in his third mid-season friendly to help FC Zurich to a comfortable 4-1 win over Flora Tallinn, AOIFootball.com reports.

The 21-year-old led the line for the hosts as midfielder Benjamin Kololli fired Zurich into the lead after just four minutes.

Marco Schonbachler then doubled their lead just after the half-hour mark before Odey made it 3-0 on the 36th minute.

The visitors then reduced the deficit, three minutes before the break before second-half sub Adrian Winter restored their three goals lead ten minutes from time. The final score became 4-1.

The goal will come as a morale booster for Odey ahead of their league resumption next Saturday where they will travel to face St. Gallen on matchday 19.