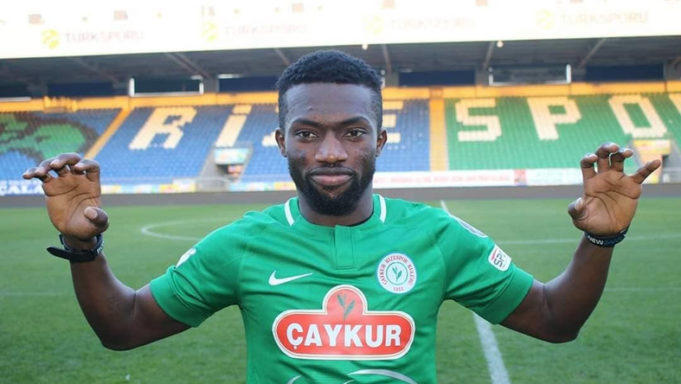 Former Dream team XI captain and new Rizespor of Turkey acquisition, Azubuike Okechukwu has expressed his delight after returning to Turkey following a short stint with Egyptian club Pyramid FC, AOIFootball.com reports.
The 21-year-old, who made a loan return to Turkey last week, told AOIFootball.com exclusively from his new base that he now hopes to work hard to finally fulfill his dream of playing for the Super Eagles.
“I’m excited really to be back in Turkey because everyone wants to be in Europe.
“I thought so also, but I didn’t get a call-up, hopefully with my move back to Turkey, I would get a call up as I’m ready always to play for my country,” Azubuike stated.
He, however, revealed that his move to Egypt was beyond his control as the club wanted him more and felt the Egyptian League was definitely not a bad experience for him.
“I moved to Egypt because Yeni pushed for the move and I didn’t want to have problems with them, plus the fact that the club at Egypt was a rich club. I don’t also believe it was a wrong move because the Egyptian League isn’t a bad one,” the midfielder concluded.
Despite leading the Dream Team to their maiden AFCON U-23 title in Senegal four years ago, the combative midfielder still awaits a senior national team call-up.

Nigeria vs South Africa on my mind, says Ogu