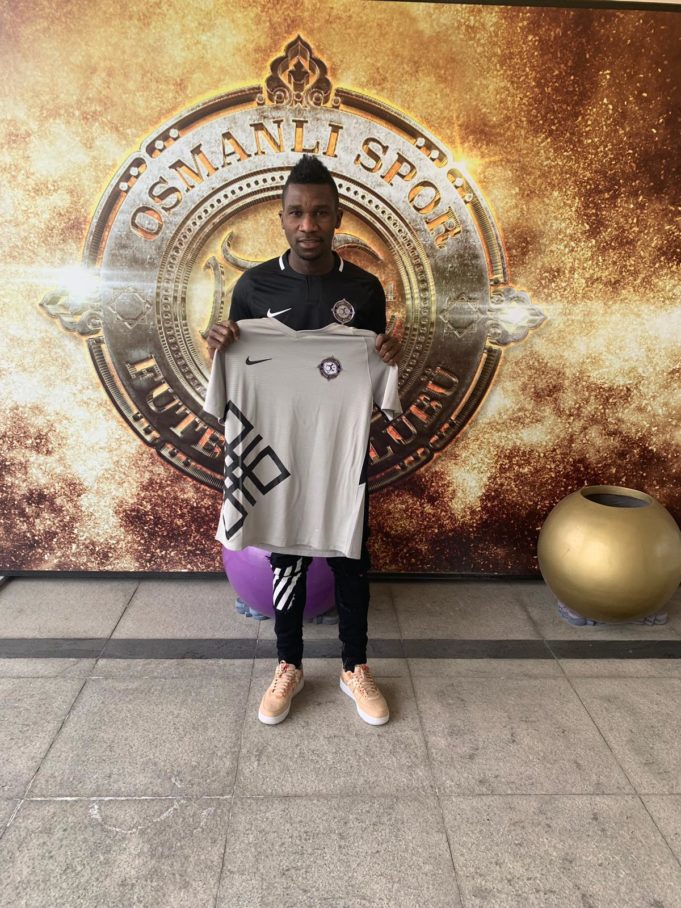 Nigerian midfielder, Ifeanyi Matthew will wear jersey number 6 for his new club Osmanlispor after joining on loan on deadline day from Norwegian club Lillestrom, AOIFootball.com can authoritatively report.
The 22-year-old will now be officially presented to the Osmanlispor fans later Friday evening when they take on Balikesirspor Baltok in the league at home.
Having impressed in the Norwegian league, the Nigerian wanted a stiffer competition and turned down moves to Germany before deciding to pitch his tent with the promotion chasers.
Osmanlispor are currently fourth on the Super Lig. 1 table with 35 points from 19 games, seven points behind leaders Denizlispor as they bid to return to the Turkish League at the first time of asking.