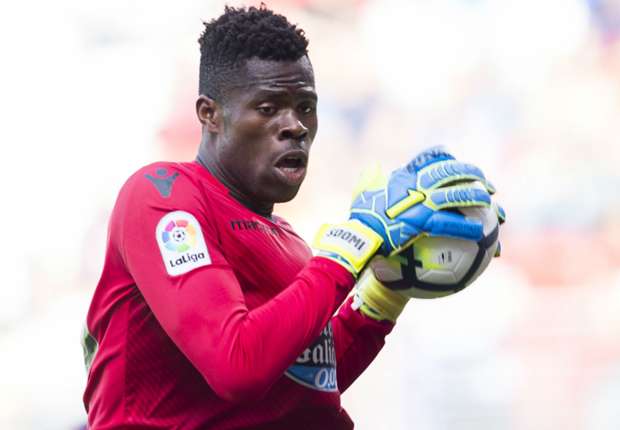 Super Eagles’ goalie, Francis Uzoho has joined Cyprus side Anorthosis Famagusta on loan for the remainder of the 2018/2019 season, AOIFootball.com reports.

The 20-year-old became surplus to requirement at LaLiga 2 side Elche, following the arrival of Edgar Badia on a free transfer from Reus Deportivo.

The Nigerian then returned to parent club Deportivo La Coruna before making a deadline day move to the city of Larnaca to join his new club.

He will now team up with another Nigerian, Nosa Igiebor and will battle it out with the duo of Ivan Vargic and Dimitris Dimitriou for the number 1 position at the club.

Uzoho made eight appearances in total for Elche, keeping three clean sheets and earning himself two Man of the Match awards before falling in the pecking order.