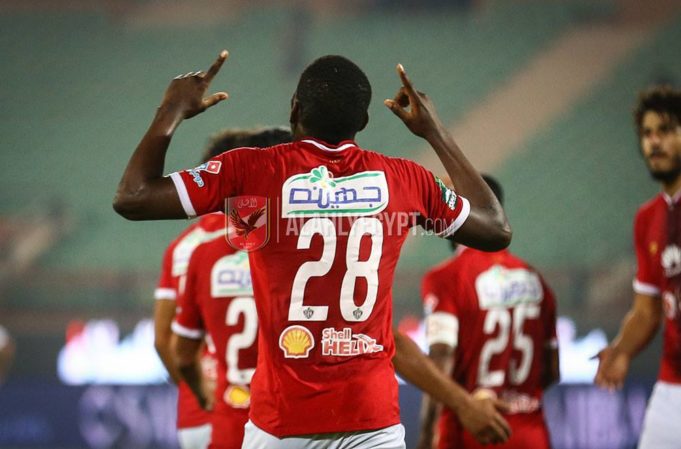 Nigerian international, Junior Ajayi scored on his first Champions League start in six months as Al-Ahly took charge of their group by putting five goals pass visitors Simba SC late on Saturday night, AOIFootball.com reports.
Having come off the bench in their 1-1 draw against JS Saoura last month, Ajayi was given the nod to lead the line and he impressed in a goal-crazy first 45 minutes.
Amr Al Sulaya put the hosts ahead after just three minutes before Al Maaloul made it 2-0 after benefiting from a lovely interplay between Ajayi and Amr to slot past the goalkeeper.
Ajay then made it 3-0 with his second goal since he returned from injury, connecting well to divert an Ali Maaloul cross beyond the goalkeeper.
Further brace from Karim Walid in the 33rd and 40th minute ensured the record Champions league winners went into the break with an emphatic 5-0 lead.
However, the visitors improved in the second half as Al Ahly failed to equal the record set by TP Mazembe earlier in the day when they hammered Club Africain 8-0 in one of the group stage matches.
The win puts Al Ahly in pole position to qualify for the quarterfinals as they sit top of their group with seven points from three games, three more than second-place AS Vita.