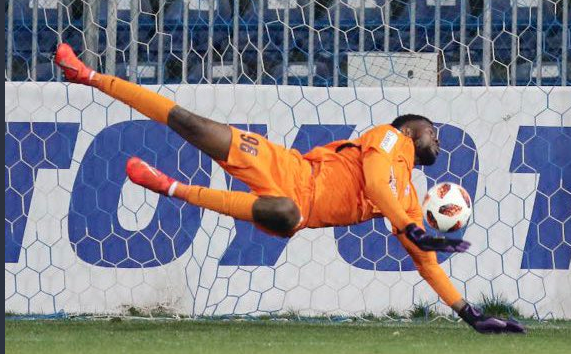 Super Eagles’ shot-stopper, Francis Odinaka Uzoho kept another clean sheet on his debut for Cyprus club Anorthosis Famagusta as they shocked second place Apollon Limassol 1-0 at the Antonis Papadopoulos Stadium in Larnaca, AOIFootball.com reports.
Having joined the club on deadline day from Deportivo, the Nigerian who was donning the number 98 shirt, was immediately given the nod in goal and duly kept up his good debut records.
A first-half strike from Michal Duris six minutes to half time was all the home side needed to stun their more experience host as Uzoho held his own to help the club to a crucial victory in the chase to make it into the championship playoff rounds.
With his performance, the 20-year-old has now kept a clean sheet on his LaLiga debut, national team debut, Laliga 2 debut and now in the Cyprus League.