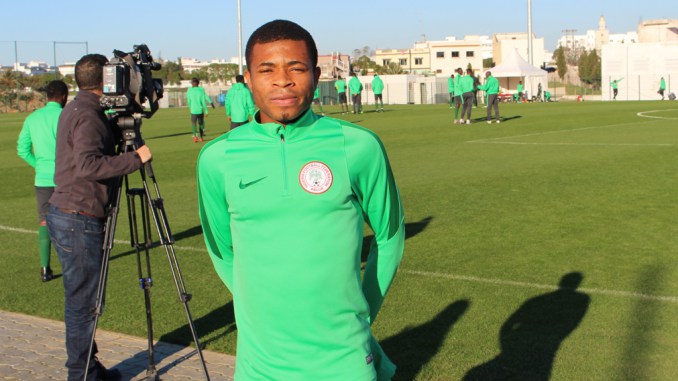 Ahead of their second game at the ongoing AFCON U-20 championship in Niger, captain of the Nigerian team Ikouwem Utin has said the boys are mentally and physically ready to face South Africa as they hope to seal qualification for the world cup, AOIFootball.com reports.
The Enyimba left-back, who spoke to AOIFootball.com from the team’s base in Niger, said the squad is very much aware of the technical ability of the South Africans and will approach them with a much different game plan from the one they adopted in their victory against Burundi.
“Every game has a different approach. South Africa is a different team and is also tactically sound.
“We will go into the match with full concentration. We are mentally and physically fit for the match and will make sure we play to our best and win the game for all Nigerians,” Ikouwem said.
He further added that the team are very much focused and are very determined to seal a World Cup qualification even before their final game against Ghana.
First place Nigeria will square up against South Africa in the first of two matches on Tuesday, with the Flying Eagles guaranteed of a world cup ticket to Poland should they beat the Amajitas.