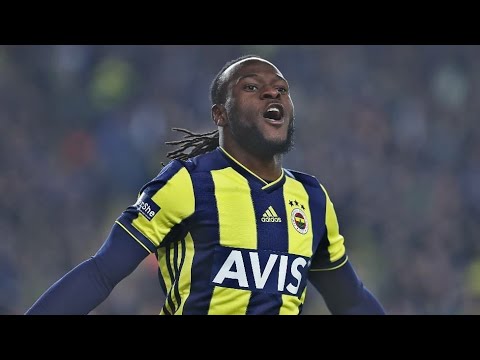 It was a relatively good outing for Nigerian players in Turkey with Victor Moses leading the surge as he scored his first goal for Fenerbahce, whilst there was also a debut goal for Kehinde Olanrewaju in the Lig 2.
Another Nigerian who stood out over the weekend in Turkey was Chidozie Awaziem who bagged a man of the match display on his first start for Rizespor as they climbed off the foot of the table for the first time in 14 weeks, AOIFootball.com reports.
VICTOR MOSES: The 28-year-old attacker is slowly becoming the fans’ favourite in Turkey as he came off the bench to score his first goal for Fenerbahce as they recorded back to back victories for the first time in the league this season.
The Nigerian was introduced four minutes after the hour mark and he made an instant impact, nine minutes later to help his side to a 2-0 victory of Goztepe SK.
HENRY ONYEKURU: He was on for the entire match duration but failed to add to his nine league goals as Galatasaray forced Alanyaspor to a 1-1 draw away from home.
SAMUEL EDUOK, AMINU UMAR AND CHIDOZIE AWAZIEM: Super Eagles’ defender Chidozie Awaziem produced a man of the match display to help Rizespor to a 1-0 victory away at BB Erzurumspor which also handed a debut start to new signing Samuel Eduok.
Awaziem showed class and composure as he had the highest game rating of 7.9, made 6 clearances, 3 blocked shots, one interception and also won 100% of his tackles. He also won eight of his nine duels and completed 83% of his passes.
Aminu Umar also featured for Rizespor before he was substituted five minutes from time whilst new signing Azubuike Okechukwu was not listed by the visitors.
ANTHONY NWAKAEME: He was on for the entire match duration, picking up a second-half yellow card as Trabzonspor recorded their first win of the year by defeating Ankaragucu 1-0 to put them back in contention for a European place finish at the end of the season.
Dropping down the division, former Ankaragucu striker OLANREWAJU KEHINDE was the hero for promotion chasers Denizlispor as he helped them preserve their 10-match unbeaten run in their 1-1 draw away at Hatayaspor.
The 24-year-old came off the bench three minutes after the hour mark with his side 1-0 down and got the equaliser right on the dot of 90 minutes when he coolly finished off an assist form Ismail Aissati.

I came back with my scoring boots, says Ighalo