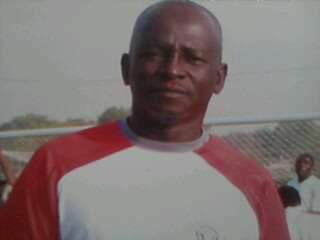 …. retain 9 players
The management of Abubakar Bukola Saraki (ABS) Ilorin FC, has said it will unveil former Golden Eaglets Head coach, Hassan Abubakar, on saturday as its new Technical Adviser, AOIFootball. reports.
A statement released by the club on Friday afternoon and signed by its Director of Football, Alloy Chukwuemeka, said Abubakar has agreed to join the Ilorin based side ahead of the 2018/2019 Nigeria National League (NNL) season.
According to the statement, the former Technical Adviser of Olympic FC of Niamey, Niger Republic is expected to resume with the Saraki Boys on Monday.
Chukwuemeka said Abubakar is coming to the club with huge experience having managed Niger Tornadoes, Kaduna United, Zamfara United, Sunshine Stars, Wikki Tourists, JUTH, Dolphins and recently guided Gombe Utd FC to the NPFL top flight.
He was Head Coach of the Under-17 national team that won silver at the JVC U-17 World Cup in Trinidad and Tobago in 2002.
The statement noted that the management has retained nine players from the ones that plied their trade with the club last season.
The players are Horlah Oladeji, Tomiwa Adesokan, Mubaraq Gata, Shola Abdulraheem, Olakunle Olusegun, David Okoromi, Great Osamuyi, Emmanuel Atoe and Oyelade Mubarak.