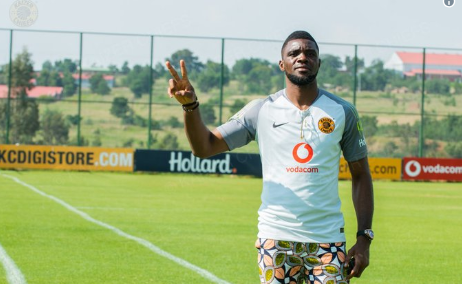 Nigeria and Kaizer Chiefs new signing, Daniel Akpeyi has outlined his ambition at the South African club whilst also hoping to bring continental football to the Amakoshis, AOIFootball.com reports.
The 32-year-old was a deadline day signing by the Glamour Boys as they looked to beef up their goalkeeping department that was depleted when Itumeleng Khune was ruled out for the rest of the season.
With the Nigerian set to debut for the club on Saturday, Akpeyi the only Premier Soccer League player at the 2018 World Cup says that it will be a pleasure to even be part of the event.
“It’s very motivational to see the Chiefs supporters. It drives you to do better. It’s one of the most famous derbies in the world, just to be part of that experience will be something fantastic, independent even if I play or not. I hope the fans will support me, as that will make me stronger and bring out the best in me,” said.
Aside from the derby, the Nigerian hopes to see his new club challenge in the continent’s biggest club competition, saying, “That’s one thing I was looking forward to in South Africa, playing in the Champions League. Chiefs have the will and the quality to do well in Africa and I would like to contribute to do that.”
Meanwhile, his new coach had something to say about his arrival, explaining his best qualities to the website, adding, “Akpeyi is calm and has a physical presence… He communicates well with his defensive line and is good in dictating tactics at the back.”
Chiefs tackle Pirates on Saturday as they look to close the gap and move up the Absa Premiership table.
Anthony Aniekan Udoka