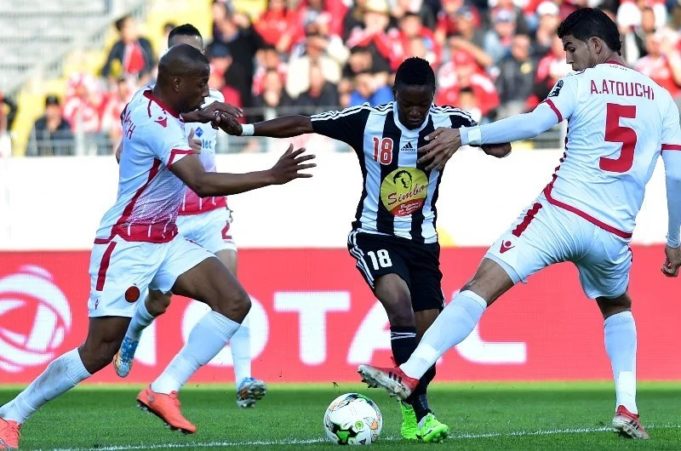 Nigeria’s sole representatives in this season’s CAF Champions League, Lobi Stars, defied all odds at faraway Rabat to pick a point against Wydad Athletic Club on match day four of the group stages, AOIFootball.com reports.
Having suffered a disappointing loss in Enugu ten days ago, the Solomon Ogbedie led boys were condemned to get at least a point, a feat they achieved through their rugged defence and an impressive goalkeeping by Olufemi Kayode.
Boosted by the return of left-back Chidiebube Duru, the visitors made four changes to the squad that played in the first leg, lining up in a compact 4-3-1-2 formation with the duo of Samad Kadiri and Sikiru Alimi leading the lines for the Pride of Benue.
Wydad were clearly the better side from the opening exchanges after series of impressive attacks but the Lobi defence kept them at bay much to the frustration of the home fans
The Nigerian side did however have a chance of their own in the second half but failed to converted as they had man of the match, Kayode Olufemi who made an absolutely fantastic save, deep into added time to help his side to a precious point.
The result still leaves Lobi on the bottom of the group with Four points from their four matches, level with ASEC Mimosa who drew goalless at home to Sundowns whilst Wydad and Sundowns top the group with 7 points each.
Lobi will now travel to South Africa next month, needing to avoid defeat of any such to ensure they stand a chance of making it past the group stages.