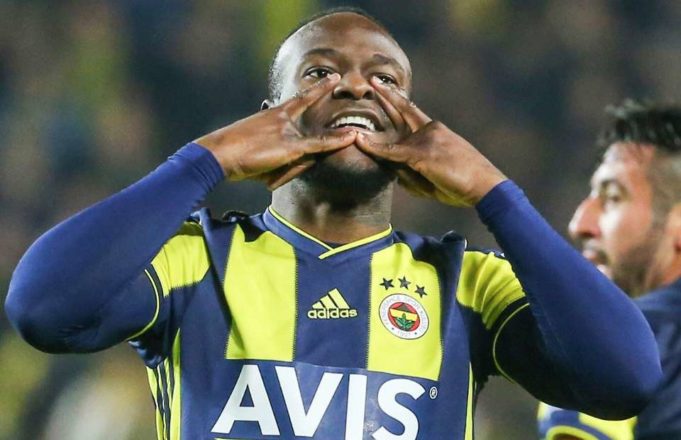 Former Super Eagles’ forward, Victor Moses has continued to show his class at Turkish club Fenerbahce as he helped set up the lone goal in their hard fought 1-0 win over Zenit St. Petersburg in the first leg of their Round of 32 Europa league tie played in Istanbu, AOIFootball.com reports.
After making three substitute appearances, the Nigerian was given the nod to start his first game and did not disappoint as he helped set up what proved to be the winner.
With both teams failing to carve open each other after fifteen minutes, the Nigerian was heavily involved in an attack that led to the corner kick which brought the goal.
Mathieu Valbuena delivered an inch perfect cross with Moses bringing the ball down before Islam Slimani fired pass Zenit goalkeeper Andrey Lunev to give the host a 1-0 lead.
However, the visitors were presented with a golden opportunity to level just before the break, but midfielder Robert Mak saw his effort parried against the upright by Harun Tekin with Fenerbache holding a precious 1-0 lead going into the break.
Moses was then replaced in the 84th minute by Alper Potuk as the hosts held on for a precious 1-0 advantage going into th return leg, next week in Russia.
The 28-year-old had a game rating of 7.5, won 12 of his duels and was fouled five times following his impressive exploits on the flanks.