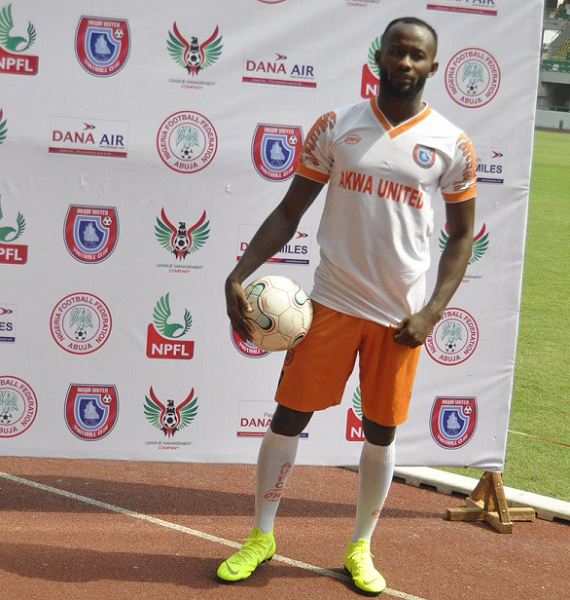 Akwa United striker, Mfon Udoh has said that team glory remains his major focus this season with Akwa United despite being among the league’s leading goals scorers, AOIFootball.com reports.

The former Enyimba of Aba captain told AOIFootball.com ahead of their matchday nine clash away at Abia Warriors, that the season for him n Uyo has been terrific despite starting on a slow note.

“Well, the season started on a very sad, slow and terrific note with a loss and draw at home. But right now I think the team is beginning to get its back rhythm.

Udoh, who holds the record for the most goals scored in an NPFL season, further stated that the team remains focused on winning both the league and FA Cup titles as they also want to return to the continent next season.

“I’m not really worried about the top scorer award. Helping Akwa United winning the league title is more important but that wouldn’t stop me from striking into the net when I have the chance. The league title, Federation Cup title and a continent slot. We’re gunning for a treble,” Mfon Udoh concluded.

The Promise Keepers will engage Abia Warrior Thursday in Umuahia, hoping to stretch their unbeaten run to four games after impressive victories against Kada City, Yobe Desert Stars and Go Round FC.