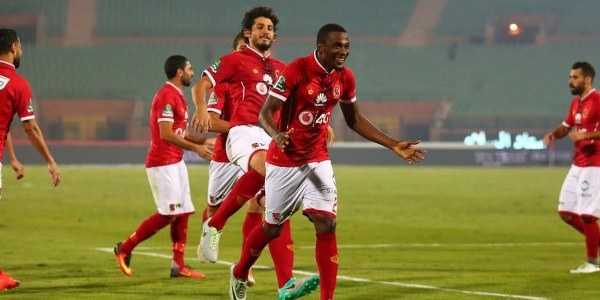 Nigerian international, Junior Ajayi is set to be rewarded with a new contract at Egyptian giants, Al Ahly following his impressive turnout since his return from a five-month injury layoff, AOIFootball.com reports.

Al-Ahly director of football, Sayed AbdelHafiz said that the club is close to renewing the contract of the Nigerian with the deal set to be finalized in the coming days.

Ajayi joined Al Ahly from Tunisian side CS Sfaxien in 2016 and has been a crucial first team player ever since, featuring 80 games across all competitions and scoring 24 goals with 19 assists to his name.

“Ajayi is on the verge of signing a new contract, only the final touches are missing,” AbdelHafiz said.

“It will be done in a couple of days. What slowed the proceeds is that we didn’t have any rest since returning from Tanzania. We then had a very important game against Entag El-Harby in the league but we will end everything soon,” AbdelHafiz added.

Al Ahly is currently second on the Egyptian League table with 42 points and they will face El Dakhleya in their next game on February 20.

African teams will do well in Russia, says Shorunmu