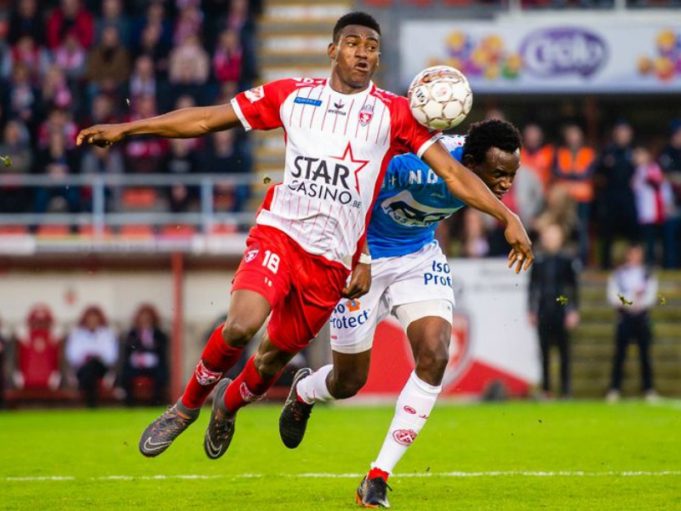 Nigerian trio of Victor Osimhen, Taiwo Awoniyi, and Imoh Ezekiel have been included in the Belgium Jupiler League team of the week, following impressive performances for their respective clubs at the weekend, AOIFootball.com reports.

According to Voetbalkrant in Belgium, the Nigerians were in impressive as Awoniyi earned special praises after making the team of the week for the fourth time in the last five weeks.

The Liverpool loanee returned to the best XI after his fantastic goal at the weekend for Royal Excel Mouscron as they brushed aside Cercle Brugge 3-0, thus netting his fourth league goal since rejoining the club on loan.

Whilst for Imoh Ezekiel, the midfielder scored his first league goal for Kortrijk as they lost 1-2 at home to Sporting Charleroi who also had Osimhen on the pitch for the entire match duration.

Despite not finding the net in the clash, the Wolfsburg loanee was very instrumental for Charleroi as he won a first-half penalty and also setup Jeremy Perebet to score the winner for Sporting Charleroi deep into additional time.