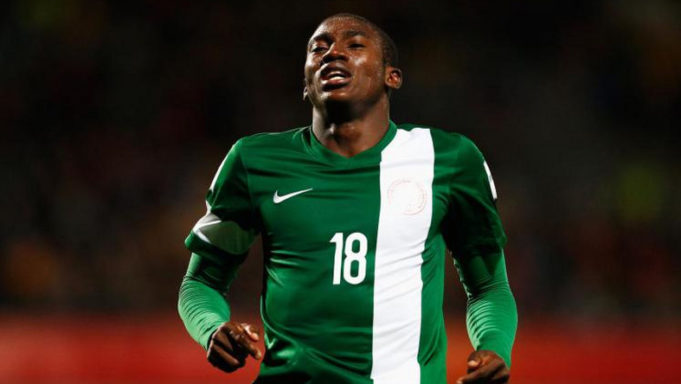 Former U-17 World Cup winning striker, Taiwo Awoniyi has continued his exploits at Belgian club Royal Excel Mouscron as he scored for the fourth time in five matches in their 3-0 win over Cercle Brugge, AOIFootball.com reports.

The 21-year-old has been in impressive form, scoring or assisting a goal in his last four matches and did not disappoint as the hosts made it five wins from five league outings.

After a goalless first half which saw both teams fail to find the net, the hosts took the lead sixty seconds after the restart when Awonyi turned his marker inside out before emphatically firing into the back of the net to make it 1-0.

Salim Amalloh then made it 2-0 four minutes later before Frantzdy Pierrot strike four minutes into added time completed the emphatic victory to keep Mouscron still in contention for the championship playoff slots.

With his goal, Awoniyi has now scored four goals and assisted another one in five matches for Mouscron and will almost certainly be on the radar of Eagles’ manager Gernot Rohr ahead of next month’s clash against Seychelles and Egypt in Asaba.